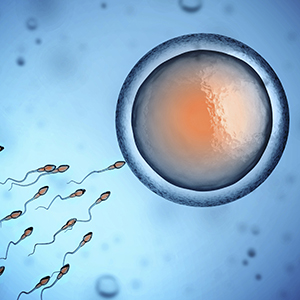 Oligospermia is a male fertility issue characterized by a low sperm count. Low sperm count means that the fluid (semen) you ejaculate during an orgasm contains fewer sperm than normal. A low sperm count is also called oligospermia. A complete absence of sperm is called azoospermia. Your sperm count is considered lower than normal if you have fewer than 15 million sperm per milliliter of semen. The various symptoms are unable to conceive a child, swelling, pain, or lump in testis, sexual functioning issues like the inability to maintain an erection during sexual intercourse or erectile dysfunction, low facial and body hair growth and other signs of chromosomal abnormalities and hormonal imbalances, thick discharge, enlarged and swollen veins in the scrotum, if this problem happens due to transmission of a virus, then one can experience some burning sensation while urinating. Causes for oligospermia can be hormonal imbalances, ejaculatory problems, undescended testicles, anti-sperm antibodies, chromosomal abnormalities, obstructions, trauma or injury, certain medications like antifungal, antibiotic, ulcer medicines, chemotherapy drugs, testosterone replacement therapy etc. can impair sperm production in one’s body, Environmental factors: Exposure to chemicals, radiation, and heavy metals can reduce sperm production.  Unhealthy habits like smoking, consuming alcohol, and illicit use of drugs, being overweight, depression or stress in work and family life, being affected by certain infections in past, exposure to toxins and chemicals, testicles being exposed to extreme heat, trauma or injury to the testicles, use of certain medications, undescended testicles, having chronic illness or tumors and undergoing treatments like radiation and chemotherapy, genetic and chromosomal abnormalities can cause this fertility disorder all these are risk factors that can aggravate the chances of oligospermia.  Preventive measures are don’t smoke, limit or abstain from alcohol, steer clear of illicit drugs, talk to your doctor about medications that can affect sperm count, maintain a healthy weight, avoid heat, manage stress, avoid exposure to pesticides, heavy metals and other toxins. The diagnostic method are General physical examination and medical history, Semen analysis, Scrotal ultrasound,hormone testing, post-ejaculation urinalysis, genetic tests, testicular biopsy, anti-sperm antibody tests,  specialized sperm function tests, transrectal ultrasound. In Ayurveda various therapies and medicines are prescribed to heal the problem of oligospermia like virechan, vaman, bruhan basti, ksheer basti etc. according to the need and condition of the patients. The therapies are chosen and administered.  Along with this the herbal drugs that can be used are safed musli, kaunj beej, shilajit, shatavari, ashwagandha etc. which works wonder in the patient of oligospermia.  Milk, ghee, buttermilk, chicken, eggs, lean meat, mustard oil, coconut water,herbal tea, sugarcane juice etc are the dietary modifications that you can follow.  Naukasana, Bhujangasana, Sarvangasana, Padmasana, Konasana are some of the yoga therapies which can help in oligospermia.
Prev Post
Next Post