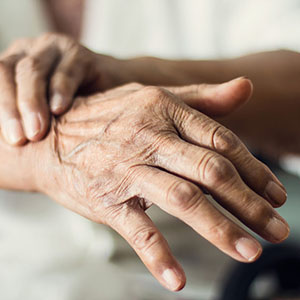 Parkinson disease (PD) is one of the most common neurologic disorder. It is a progressive nervous system disorder that affects movement. Affecting approximately 1% of individuals older than 60 years and causing progressive disability that can be slowed, but not halted, by treatment. The 2 major neuropathologic findings in Parkinson disease are loss of pigmented dopaminergic neurons of the substantia nigra pars compacta and the presence of Lewy bodies and Lewy neurites.

Since the cause of Parkinson’s is unknown, so the preventive measures are also not known. But some researchers have shown that regular aerobic exercise, intake of coffee, tea, green tea can prevent Parkinson’s disease.

Parkinson’s disease can be diagnosed by proper medical history, a review of your signs and symptoms, and a neurological and physical examination, MRI, ultrasound of brain, PET Scan, SPECT, DaTscan.

Tadasana, urdhva hastasana, uttanasana, virabhadrasana, supta baddha asana etc are the yoga therapies that can be done for Parkinson’s.

Apart from this some of the lifestyle modifications can be done like focus on diet likeproper balance of fruits, vegetables, whole grains; proper rest; exercise regularly, by managing stress, ask for support if you are getting stressed or depressed due to fluctuated or inappropriate motor functions.